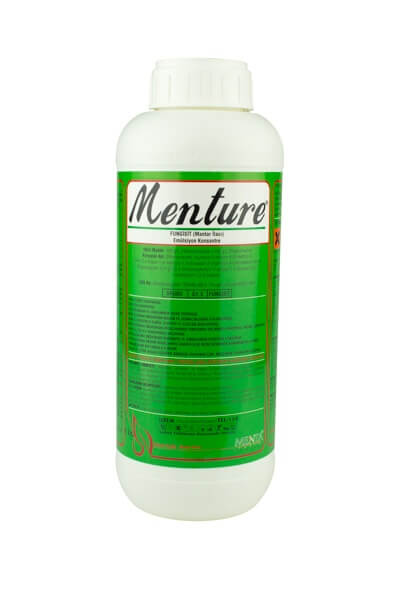 PREPERATION OF THE PESTICIDE FOR APPLICATION

Preparation of the pesticide for application: Make sure that nipples of the device are checked and cleaned and that all of them work properly before spraying. The device’s tank is filled with water in half first. Required amount of the pesticide is mixed into slurry with a small amount of water in a separate container and added to the tank. Then the amount of pesticide that is calculated according to the dose suggested and it is mixed with water in a separate container as pre-mixture. During spraying, the mixer should be active.

It can be used with many commonly used pesticides as a tank mixture. In case of hesitance, a pre-mixture test is advised.

Sugar beet leaf spot disease: The first spraying should be performed as a protection before the disease appears and it should continue with 15-20 day intervals.

Septoria leaf spot disease in wheat: The spraying should begin with scabbard earing, it should continue with 21-28 day intervals if necessary.

Rust disease in wheat: The spraying should start with first rust pustules.

Brown spot disease in citrus fruits: Considering development of the offshoots and climate features, the praying should start when the offshoots begin to develop, when they become approximately 5-10 cm long and first symptoms of the disease are seen, it continues with 15-20 day intervals.

Dark spot disease in pistachio: The first spraying is performed after flower fall when fruits reach the size of a wheat grain following the fertilization. As long as the conditions are suitable for the development of the disease, a second and other sprayings follow with 15 day intervals.

Watermelon early leaf burn disease: The spraying is started when the symptoms of the disease are seen. It continues with 15-20 day intervals.